Making It in America 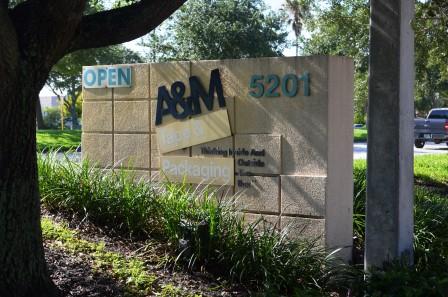 As Americans still struggle with high unemployment, high foreclosure rates and a host of other negative economic conditions, there is always a ray of hope that transcends America’s problems.  U.S. manufacturing has always been the main hope and driver for U.S. jobs and innovation.  This time in American history is no different.  For Americans to make it in America we as a Nation are going to have to with sincere and laser like focus start “Making it in America” again.

Manufacturing in America is an issue that is personally very true to our hearts here at Made in USA Certified, Inc.  We for many years have fought to protect the integrity and reliability of “Made In USA” claims on product packaging.  Made in USA Certified is non-partisan in our efforts.  In general the ultimate goal for all of us as Americans regardless of political affiliation is to create more jobs in the U.S.A., and Made in U.S.A. –   is not a political issue but, an American issue that should unite us all.

Manufacturing in America is absolutely the biggest thing we can do as a Country to aid in our economic recovery and create jobs now.  But, it isn’t just enough to manufacture the products, we need to encourage consumers to purchase these Made in U.S.A. goods, give companies tax incentives to keep manufacturing domestically, as well as encourage innovation and exportation around the world.  Made in U.S.A is a viable brand that the world still desires.

Together, united behind a common goal we can out-compete and out-innovate the rest of the world by doing what we have always done best; manufacturing it in America.

This past Monday I was asked to be a guest speaker at the Make it in America event hosted by Democratic National Chair, Debbie Wasserman Schultz at A & M Tape & Packaging company in Sunrise, Florida.  There was not a Republican official in site, granted it was a Democratic event.  But, the no.2 most powerful Democrat in the U.S. House, Steny Hoyer (D- MD) flew in with motorcade and was flanked by Congressman Ted Deutch (D-FL) and Congressman Alcee Hastings (D- FL).  The no. 2  & no. 3 most powerful Democrats in the U.S. House of Representatives, Hoyer and Wasserman-Schultz were touring and talking about a “Made in America” facility that has done just that and been incredibly successful doing it.  With laser like focus the conversation stayed centered on U.S. job creation and creating a business friendly environment for people to start manufacturing businesses, keep them here and export their Made in America goods around the world.

A & M Tape & Packaging company is a wonderful U.S. manufacturing success story.  A & M was started in 1977 by husband and wife team, David & Amy Perlman with just four employees; it has now grown to 60 workers and is undoubtedly a beacon of growth in their community.  A & M is a family run business creating jobs, training and opportunity for 60 people and their families.  But, even more impressive is the owner’s fierce commitment to buying Made in USA components for the products he manufacturers.

David Perlman and his wife Amy proudly gave the Democratic leaders and the entire group a tour of the facility that houses miles of packing tape, and more than 5 million cardboard boxes.  The pride they had for the facility, their products and service was evident.  Just recently they hired a new employee due to the increased demand for their “Made in America” products and have given this new hire on the job training arming him with new skills.

Just like, Made in USA Certified, Inc. – David and Amy Perlman, the company’s owners, aren’t especially political. They’re registered Democrats but not active in the party and don’t give political contributions. They are interested primarily in the economic success of the community, their company and their employees.

“We compete against other products that are imported,” said David Perlman, “And I just tell the customer, look, I may not be able to compete on price, but at least it’s made in the U.S. We do lose out on some sales because of that. I’d rather it be that way because I think it’s just really important.”

Well, we at Made in USA Certified agree, keeping it Made in America is the single most important thing we can do right now to create more jobs in the U.S.A.

By: Julie Reiser, President & Co-Founder of Made in USA Certified, Inc.

Made in USA Certified, Inc. is an independent, non-partisan, leading third party certification company for the Made in USA, Product of USA and Service in USA claims.

Join the Made in USA conversation on Facebook: https://www.facebook.com/madeinusacertified

One thought on “Making It in America”