Tech That Is Truly Manufactured in America 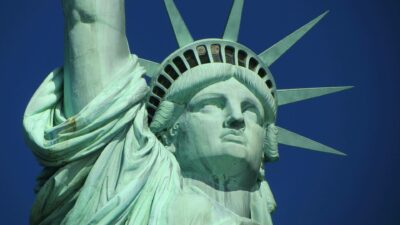 When was the last time you heard about a product being produced and manufactured from start to finish in America? You can probably count the companies that do that on the fingers of just one hand, with a few left to spare.
It might seem like every company you hear about is outsourcing production and/or manufacturing, but there is an ongoing effort happening in America to bring it all in-house.

Top 8 Awesome Inventions We Have To Thank America For

Since 2000, America has lost more than a third – about 5.4 million – of its manufacturing jobs. This year, China is poised for the first time to overtake the United States in terms of manufacturing. And this is due to a lot of factors: there is a huge difference in the way the United States, Europe or China look at technological development and it all stems from cultural and sociological differences.

While Europe plays an active role in guiding the choices of the industry and pushing back parties that might attempt to monopolize the market, the U.S.A often does the opposite and supports those that make their way to the top and contributes at making them even stronger.

With the above in mind, it’s difficult to establish a preference for any of the two models, as they both respond to specific demands of the societies that support them. However, there is increased interest in buying all-American and that interest has been growing steadily in the past few years.

A recent survey discovered that 69% of Americans found it somewhat important that the products they bought were American-made. However, 63% would not be willing to pay more than a 10% premium for it.

Of course, larger companies, such as Qualcomm and Apple, whose products use components made in other countries, such as Taiwan, are worried about what would happen to their business if, due to one reason or another, those countries would not be able to provide them with the necessary parts.
One look at the chipset shortage is enough to offer an answer.

In addition to that, by having products or parts of a product made outside of the U.S.A, the consumers and companies cannot be sure that the conditions in which they are manufactured are up to standard, or that the workers have their rights respected in line with the company’s policies.

One final reason why people want to buy American-made is also that it contributes to the creation of jobs and a more stable, independent economy.

So what are some all-American-made products can the consumers purchase at this point in time?

Most of the country’s cell phones are manufactured offshore, and China has a monopoly in this sector.
However, there is a smartphone that is made and assembled in the U.S.A called Librem 5. It’s a Linux smartphone that focuses on privacy and will not sell or advertise the user’s information to different brands.

It comes with a user-replaceable battery as well as kill switches that disable WiFi, Bluetooth, signal, microphone, and camera with just one click.

The Android 13 Beta Is Out: Current Focus Is on Developer Tools and Privacy

The phone works on its own proprietary PureOS, however, it’s pretty bulky and comes with a pretty steep price tag of $1,299.

With up to 28 cores of power, large L2 shared L3 caches, and 64 PCI Express lanes for improved bandwidth, the Mac Pro has been turning heads ever since it was announced.

While most of Apple’s assembly and manufacturing takes place in China, the Mac Pro is actually produced in a facility in Austin, Texas. Unfortunately, as you can expect, the price tag for it can get as ridiculously high as $9,400 (or more), depending on customizations.

Tim Cook: “We will Continue To Produce the Mac Pro In the USA”

Elon Musk’s projects are U.S-based and his Tesla cars are no exception. The batteries, however, are from Chile, but the cars are all manufactured and assembled in the factory in Fremont, California.

Like most electric cars, however, they are pretty pricey but if money is not an issue, then you can count on this car being 99.9% made in America.

Tesla To Invest Over $10 billion in Gigafactory Texas

Anyone who loves cooking has considered or daydreamed about having one of these bad boys on their kitchen counter.

Their look is iconic and they are known for being incredibly sturdy; they are also 100% American-made in a factory located in Greenville, Ohio.

This company was established in 2002 and designs, manufactures, and assembles all of its products in the U.S.A.
Their name might not sound familiar, but if you are a hardcore gamer, then you definitely have heard of them – they create custom gaming computers, laptops, and even workstations as well as gaming setups.

This is a rather small company made out of around 20-something people who assemble turntables in Massachusetts.
It’s not the most complex machinery out there but they are all produced in the country and rigorously tested before packaging and delivery.

It’s impossible to say Harley Davidson and not immediately associate it with America. The company is based in York, Pennsylvania, but has numerous factories and assembly lines all across America.
All its motorcycles are made in the U.S.A, including its very first electric motorized child, LiveWire. Unfortunately, this particular bike is very expensive: at around $29,799, it has not really made waves thus far.

However, if you decide to buy any Harley Davidson motorcycles, you can rest assured it was made on American soil.

While Ford’s previous electric vehicle, the Mustang Mach-E is built in Mexico, the company has now promised that it will build the F-150 Lightning in Dearborn, Michigan, as of 2022.

According to Ford, it will invest $700 million in its new manufacturing complex, in addition to creating 500 new jobs to produce the car.

If you are a smartphone enthusiast, you’ll be happy to find out that everyone’s favorite protective glass is made in America.

The company has a number of different locations all across the country and just its Harrodsburg plant alone employs around 1,000 people.

Apparel Made in USA Manufacturing Textiles