Washington—The U.S. Export-Import Bank announced a plan Thursday to spur exports by increasing small-business loans to $6 billion this year and $9 billion a year by 2015. 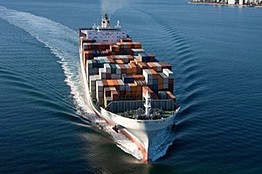 The plan is part of the Obama administration’s effort to create jobs by doubling exports over the next four years. Ex-Im Bank officials said the goal is to bring 5,000 new small businesses into the bank’s lending program by 2015. The bank lent $5 billion to small businesses in 2010.
“We can’t grow our economy without growing export sales and we can’t grow our export sales without small businesses,” said Ex-Im Bank Chairman and President Fred Hochberg.
Big companies are concerned with competing internationally, but small businesses need access to capital and expertise, Mr. Hochberg said.
According to Ex-Im Bank statistics, small-business exports have grown by 80% since 2003 to $500 billion in annual sales, but still only make up 30% of total U.S. export revenue.
Only 1% of U.S. companies export products abroad, said U.S. Commerce Secretary Gary Locke. “They really have to look at the opportunities around the world,” he said.
The Ex-Im Bank said it will work with private banks including PNC Financial Services Group Inc. and Wells Fargo & Co., other government agencies and industry groups to help small businesses secure external financing and learn about foreign markets.