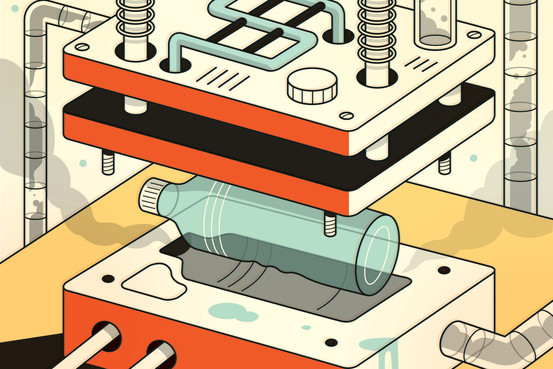 John Bissell can turn raw sewage into water bottles, raincoats, diapers and other everyday products. But can he turn it into a $10 million industrial plant?
Mr. Bissell owns MicroMidas Inc., a Sacramento, Calif., start-up that makes plastic out of waste using a technology it developed two years ago. He’s now looking to move into a large manufacturing facility from a pilot plant, but says lenders are reluctant to provide the $10 million in capital he needs to make that transition.
“We’re stuck in between development and full-scale production,” says Mr. Bissell. “It’s tough finding lenders who will bet on a first plant.”
To bridge that gap, Mr. Bissell and other emerging clean-tech entrepreneurs are eyeing the U.S. Department of Energy’s loan-guarantee program. The five-year-old funding initiative is expected to sharpen its focus next year to less-developed ventures in areas such as carbon capture, biofuels and biomass processing as more conventional solar and wind projects gain the attention of private investors.
“We’re really focusing on transformative projects that can be grown to scale,” says Jonathan Silver, the head of the agency’s loan-program office. At the same time, the agency should “back away” from maturing sectors, like onshore wind and smaller solar plants, as private-sector support expands, he adds.
A former venture capitalist, Mr. Silver calls the stage between development and commercial production for young clean-tech ventures a “valley of death”—a place where firms are ready to expand, but don’t have the commercial track record to impress private-sector lenders and investors.
“You’ll see us doing more work in these areas going forward,” Mr. Silver says.
The Energy Department’s loan-guarantee program is open to clean-tech businesses of all sizes, which in the past have sought loans between $16 million and $1.3 billion. But Mr. Silver says the agency will be casting an even wider net for less-developed technologies in the new year.
Much like the U.S. Small Business Administration 7(a) loans, the Energy Department doesn’t disburse cash. Rather, it agrees to cover a venture’s debts with a commercial bank in the event of a default.
That provides firms with the kind of access to capital needed to scale up to full commercial production—a stage when new technologies are able to prove their commercial viability and attract outside investors.
Last week, the Energy Department closed a $400 million loan guarantee with Abound Solar Manufacturing LLC, a solar-panel manufacturer with facilities in Indiana and Colorado.
Jim Mahoney says his three-year old start-up, Novomer Inc., is a perfect fit for an Energy Department loan guarantee. The company, which converts carbon dioxide from industrial plants into polymers, plastics and chemicals, needs about $100 million to build its own plant. It currently operates out of a small lab in Ithaca, N.Y., and relies on so-called toll manufacturers to borrow existing production facilities.
“This is just what we need to build up to scale,” says Mr. Mahoney of the loan-guarantee program.
Novomer, which is funded by an $18 million grant from the American Recovery and Reinvestment Act, has yet to seek a private-sector loan, he adds.
Without the government’s support, venture-capital firms would be left to shoulder the risk of investing in clean-tech innovators like Novomer, says Ira Ehrenpreis, a partner with Technology Partners, a Palo Alto, Calif., investment firm specializing in renewable-energy ventures.
“There’s never been more activity in the clean-tech sector than there is right now, and the venture-capital industry is focused on early-stage technology,” he says.
Greg Hayes says a loan guarantee would enable his firm, CleanWorld Partners LLC, to prove itself.
Founded last year, the company operates a prototype high-solid biomass processor on the University of California Davis campus that traps methane and other natural gasses. It has identified several revenue streams, but now requires as much as $3 million to ramp up.
Mr. Hayes says he’s approached several private lenders for the funding, but was denied.
“Right now we’re in that valley of death,” Mr. Hayes says. “But there are investors waving on the other side. We just have to get there.”
Write to Angus Loten at angus.loten@wsj.com