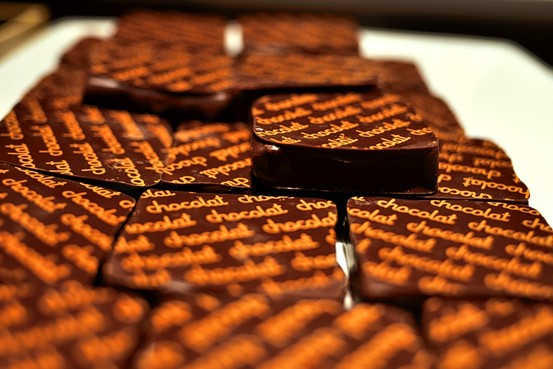 Consider it candy with a social conscience, and profits as a sweet aftertaste.
From plush Manhattan chocolate salons to Midwestern superstores, customers are shelling out more for chocolate certified as eco-friendly or socially conscious.
Third-party certification organizations, including Fair Trade USA, Rainforest Alliance and UTZ Certified, have experienced exponential growth in the chocolate sector over the past few years, straight through the economic downturn, proving that for today’s sophisticated chocolate lover, it isn’t about where the candy was made but how.
Now some of the world’s largest cocoa and chocolate producers are hopping on board, increasing their purchases of certified chocolate, scrambling to please the growing number of socially conscious consumers.
“I see certification as a long-term trend for the industry, unlike some of the short-term fads that we’ve seen over the years,” said Kip Walk, head of cocoa at Blommer Chocolate Co., a large U.S. cocoa buyer.
Privately held Mars Inc., the maker of Snickers and M&Ms, says it will certify its entire cocoa supply by 2020. 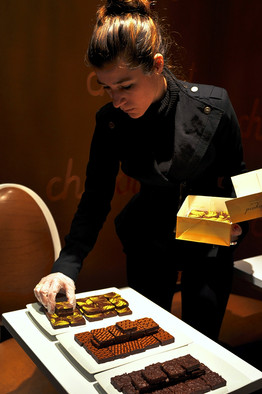 A spokesman for the world’s top chocolate producer, Barry Callebaut AG of Switzerland, says demand for certified chocolate has gone up over the past few years, despite the higher price. Cocoa has been trading near $3,000 a ton on the IntercontinentalExchange recently. The March delivery contract ended Thursday at $3,020 a ton.
Cocoa certified by major organizations carries a premium of about $150 a ton, said the Barry Callebaut spokesman.
In March, agriculture company Cargill Inc. said it produced its first bar of chocolate certified by Netherlands-based UTZ. It is available to the European market. Hershey Co.’s high-end Dagoba bars sold in the U.S. include a variety that carries the Fair Trade seal, indicating that cocoa producers adhered to the organization’s requirement of fair pay for farmers.
New York-based Rainforest Alliance, whose program is geared toward forest conservation, says sales of its certified cocoa more than doubled from 2007 to 2009, to about 28.6 million pounds. Imports of Fair Trade-certified cocoa into the U.S. more than doubled from 60 million pounds in 2006 to 130 million pounds in 2009.
Corporations have come to understand that certification is more than just a marketing tactic, said Tensie Whelan, president of the nonprofit organization. Regular audits of farms to check on compliance with guidelines, such as prudent use of water resources and maintaining soil productivity, boost long-term output prospects.
“Water, scarcity, climate change, drought, social conflict, poverty, all of those things are affecting the supply,” Ms. Whelan said. “Ten years ago, they didn’t really see that as urgent or as their problem. In the last couple of years, that’s shifted completely and that’s why you’re seeing the big companies drive that kind of change.”
The chocolate’s certification label, in turn, attracts buyers.
“It’s called brand authenticity,” said Rohit Deshpande, a professor at Harvard Business School who has studied branding and the chocolate market. “This is a marker that allows me, the consumer, to know that this is real stuff and the money is going back to someone who really grew and harvested these cocoa beans.”
Mr. Deshpande added, however, that the effectiveness of these certification programs’ ability to help farmers is questionable as the operations grow.
“It’s like charitable relief,” Mr. Deshpande said. “It’s unclear what percentage of your dollar is being put in to cover administrative costs.”
Demand for these certified products is growing even in high-end markets, where prices are sometimes so high that premiums for the additional seal are nearly insignificant.
Reports of abuses such as child labor and slavery on chocolate farms have pushed consumers to pay more attention to the source of their products.
“They know what they do in some of the chocolate farms,” said Fernanda Capobianco-Payard, the marketing manager of a chain of chocolate shops owned by famed pastry chef François Payard. About 20% of the 20 tons the company imports to the U.S. each year is certified, she said. “People are much more conscious now,” she said.