Small businesses may soon find it easier to bid for contracts with some of the nation’s largest corporations. 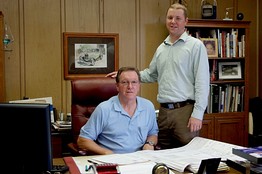 A common gripe among small businesses is that they lack the time and expertise needed to complete multiple, lengthy and complex applications to qualify for corporate contracts. A new Web portal aims to simplify that process.
On Tuesday, International Business Machines Corp., AT&T Inc., Bank of America Corp.,Citigroup Inc., Pfizer Inc. and United Parcel Service Inc. announced that later this year they’ll begin accepting applications from businesses seeking to become certified vendors through a single online portal called Supplier Connection. Vendors will need to apply just once at supplier-connection.net to become eligible to bid on contracts with those organizations – which say they collectively award about $150 billion in supplier contracts annually – plus others that are expected to sign up later on.
The streamlined application process will be free and should take businesses about two hours to complete, says Stanley Litow, vice president for corporate citizenship and corporate affairs at IBM. The technology company’s nonprofit foundation is sponsoring the initiative. Businesses whose applications get rejected can request feedback on why as well as suggestions for how to make appropriate revisions, also for free, he says.
Factory Service Agency Inc., a small heating- and air-conditioning services company in Metairie, La., bids on an average of eight to 10 new supplier contracts a year, says owner Mike Mitternight. He typically avoids courting large companies because he says they require too much paperwork. But if the Supplier Connection proves less cumbersome, he might reconsider. “It could be a big benefit,” he says.
To be sure, the Supplier Connection will be available to companies of all sizes, not just small businesses, and doesn’t offer any competitive edge to small or minority-owned applicants. “It’s an open-level playing field,” says Mr. Litow.
The Supplier Connection also doesn’t do away with certain challenges that small-business owners commonly grapple with when attempting to land supplier contracts with big companies, says Molly Brogan, a spokeswoman for the National Small Business Association, a trade group in Washington, D.C. “While eliminating or reducing paperwork is a step forward, it’s only a small part of the equation,” she says.
For example, large companies often require vendors to secure more insurance coverage than midsize and small organizations, she says. As a result, owners need to make sure any profits they might gain from doing business with a large company outweighs those costs.
Also, “just because you fill in an application in no way ensures you’re going to get a contract,” says Marsha Firestone, president of the Women Presidents’ Organization, a membership group in New York made up of mostly of independent “B2B” companies. For most business owners, the tough part is meeting the requirements of a potential corporate client and nurturing a relationship with it. “You have to work to make that happen,” she says.
Still, Ms. Firestone says the Supplier Connection could offer some much-needed relief to small businesses that mostly sell their services or products to large companies. “I know businesses (that) employ individuals to just fill in this paperwork,” she says. The new one-stop application portal initially isn’t “going to make a huge dent,” she says, because only six large corporations are so far involved, “but if it grows and a lot of contracts come out of that, it could.”
Mr. Litow says the Supplier Connection’s founding members are encouraging other big businesses to join them, and already six companies are discussing doing so. The group is also currently welcoming ideas from small-business owners on how to improve the application process for supplier opportunities.
Meanwhile, Rocki-Lee DeWitt, a professor of management at the School of Business Administration at the University of Vermont, recommends that business owners keep in mind why some companies may be seeking their services through the Supplier Connection.
“Let’s not lose sight that it likely allows those large firms to cast a broader net and get efficiency in their own processing of the applications,” writes Ms. DeWitt in an email. “I don’t think they are changing their own processes just out of the goodness of their heart.”
Write to Sarah E. Needleman at sarah.needleman@wsj.com