Some of the largest U.S. financial institutions have pledged new commitments to small businesses in recent months, but it remains to be seen how much these efforts will help business owners secure financing.
Goldman Sachs Group Inc., Citigroup Inc. and Bank of America Corp. have separately announced programs that aim to get money into the hands of entrepreneurs, many of whom have seen lines of credit reduced or pulled altogether amid the credit crunch. The efforts come as the Obama administration has put pressure on banks of all sizes to reverse a steep decline in small-business lending. 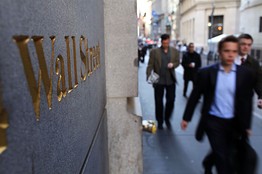 Goldman Sachs, an investment bank that doesn’t lend directly to entrepreneurs, is funneling $300 million to so-called community development financial institutions or CDFIs, which primarily lend to small businesses in low-income communities. It is also designating $200 million to community colleges and other organizations for business education programs.
The program is still in its pilot stages—only two CDFIs and six community colleges are signed up so far. But Goldman says it expects the program to expand over five years to reach 10,000 businesses. The model “brings together education, capital, and mentoring and networking to small-business owners,” says Dina Habib Powell, managing director and president of the Goldman Sachs Foundation.
Mike DiMarino, president of Linda Tool in Brooklyn, is going through an 80-hour program at LaGuardia Community College, a recipient of the Goldman funds. Mr. DiMarino says the skills he’s learned have been helpful, and ultimately he hopes to secure credit through the Goldman program’s lending leg.
“We have an impeccable credit history but my bank is looking at me and is questioning things,” he says.
Citigroup also announced a program in May to invest $200 million in CDFIs. The initiative comes at a time when Citi’s total outstanding loans to small business have dropped—to $9.5 billion in April, the latest month for which data are available from the Treasury Department, from $10.2 billion a year earlier. Bob Annibale, Citi’s global director of microfinance and community development, says this program isn’t meant to make up for that decline because it targets business owners that are outside the scope of Citi’s traditional lending reach. “It’s a parallel to the small-business lending,” he says.
Citi has worked with microlenders in the past, but has concentrated its efforts primarily on affordable housing and real estate. Under the current program, called the Communities at Work Fund, the CDFIs will be able to request five-year loans from Citi in order to boost lending to qualifying small firms.
Mr. Annibale declined to speculate how many small businesses would benefit. He anticipates the initiative will evolve as Citi analyzes which program areas are making the most progress.
While Goldman and Citi have both pledged money to intermediary lenders, Bank of America is taking a more direct approach. In December, the bank announced it would increase its direct lending to small and midsized businesses by $5 billion in 2010. Last year, the company lent $81.4 billion to that group of businesses.
Bank of America said in May that it loaned $19.4 billion in its first quarter, up $3 billion from the same period last year. The company will need to lend more than $22 billion in each of the next three quarters to meet its goal.
Second-quarter numbers have yet to be released, but a Bank of America spokesman says the number of applications has remained steady this quarter, and loan-renewal activity, which makes up a “significant chunk” of lending volume, tends to pick up in the second and third quarters.

VERITY | Chinese Govt | Made in USA

`Made in the U.S.A.’ Turbines Cloud U.S. Offshore Wind