Skip to content
The U.S. plans to press its economic partners at a summit to move cautiously with plans to tighten their fiscal policies while the global economic recovery remains uncertain, for fear of producing a “Hoover moment.” 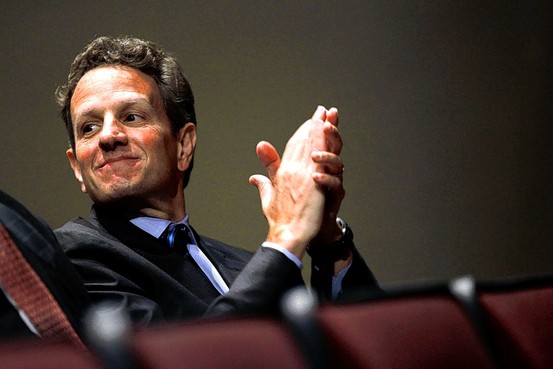 President Barack Obama, worried the fragile world economy could slip back into recession—as it did in the 1930s during the Hoover administration— plans to urge his counterparts at this weekend’s Group of 20 meeting to continue some level of stimulative spending, among other policies, as a way of sustaining economic growth. But at precisely the same time, politicians around the world are starting to embrace a newfound desire for fiscal austerity.
European leaders are more cautious about spending, chastened by the example of Greece, where investor confidence was shattered by mounting debt and the possibility of a default, prompting a nearly $1 trillion rescue fund.
In China, officials worry that continued stimulus could create unsustainable asset bubbles. Indeed, one reason China may have pledged Saturday to allow the value of its currency some flexibility is to resist inflation by making imports less costly, economists speculate.
China’s announced plan to loosen the tether between its currency and the dollar removed what would have been a sore point from the G-20 agenda, paving the way for tensions over fiscal policy, along with weak domestic demand and large trade surpluses in Germany and Japan, to become a bigger theme at the meeting in Toronto.
Canada, whose weight in the G-20 is magnified this year because it hosts the summit, is pressing for deficit reduction, urging its peers to halve their deficits by 2013. Finance Minister Jim Flaherty says he will be push for concrete debt and deficit reduction targets during the Toronto meeting.
A tilt toward austerity is under way in Japan too, which has run up giant debts over the past two decades to shake the country out of its economic doldrums. Prime minister Naoto Kan, who took office June 8, wants to double the country’s broad sales tax from the current 5% within several years and cap next year’s national budget at this year’s level.

“Fiscal policy which relies excessively on deficit bond issuance is no longer sustainable,” he said in his inaugural speech, citing the example of Greece.

A senior Obama administration official said there was only the appearance of division among the leaders. The official said G-20 industrialized and developing countries were acting in roughly the same fashion—easing gently off government spending while trying to convince markets and their electorates they will bring down deficits over the coming three to five years.
The pace of government spending is vital for the global economy, which is recovering modestly from the deep downturn. The debate expected this weekend: What is the biggest threat to growth, diminished demand or escalating debt?
“The No. 1 topic of conversation [at the G-20] will be how quickly should fiscal stimulus be withdrawn,” said Harvard economist Kenneth Rogoff. a former chief economist of the International Monetary Fund. “The U.S. is at one extreme [pushing growth] while the rest of the world is much more anxious.”
Obama economists argue that if the rate of government spending declines too quickly, demand could shrivel, undermine growth and threaten a second recession. They informally call the issue a “Hoover moment,” a loose reference to premature fiscal tightening in the 1930s by Presidents Herbert Hoover and Franklin D. Roosevelt that is blamed for prolonging the Depression.
In Europe, the fear of sovereign-debt defaults runs deep. In the U.K., whether to maintain high spending to support recovery was a key issue in the May election. The cut-now camp won, and the new Conservative-led government is expected to unveil a multi-year program of spending reductions and tax increases on Tuesday.
The U.S. isn’t arguing for an increase in spending but rather that countries not act too precipitously. “Should confidence in the strength of our recoveries diminish,” Mr. Obama wrote the other leaders last week, “we should be prepared to respond as quickly and forcefully as needed to avert a slowdown in economic activity.”
The U.S. has been pushing the G-20 to focus on stimulus at least since a London summit in April 2009, while Germany, France and other European countries wanted to focus more on financial regulation. The U.S. won that fight. The G-20 as a whole increased fiscal spending in 2009 and 2010 by at least 2% of gross domestic product to fight the recession—a jolt that’s likely to be cut back sharply in 2011, the IMF figures.
Financial regulation was put on a slower track. The G-20 nations agreed to tighten rules for bank capital and liquidity by the end of 2010, when the leaders meet again in South Korea.
The growth issue now is more nuanced—and politically difficult. In the U.S., Senate Democrats failed last week to muster enough votes to pass an extension of jobless benefits and business tax breaks as well as aid to state governments and public-school teachers.
Democrats have been trying for weeks to pass the legislation, repeatedly paring it back to suit deficit hawks. The latest version would add about $55 billion to the deficit over 10 years.
Europe’s governments are pushing for fiscal moves at varying speeds. Stronger economies like Germany and France are cutting slowly to begin with, while Ireland, Portugal and Spain are inflicting painful cuts.
For its part, China has been able to stand somewhat aloof from the fiscal debate because its huge 2009 stimulus plan was funded almost entirely through the state-controlled banking sector rather than government debt. But it has started to use the banking lever to limit growth. New lending his year is running about 30% below last year’s sky-high level.
Brazil also is looking for a way to tame what may be an overheating economy. But the government continues to make below-market-rate government loans, among other pro-growth measures. National elections are scheduled for October, and government spending often rises during pre-election periods.
—Phred Dvorak, Yuka Hayashi, Andrew Batson and John Lyons contributed to this article.Write to Bob Davis at bob.davis@wsj.com and Marcus Walker at marcus.walker@wsj.com