A judge blocked the six-month moratorium on new deepwater drilling imposed by the Obama administration after the Gulf of Mexico oil spill, a ruling the White House immediately said it would appeal.

A judge blocked the six-month moratorium on new deepwater drilling imposed by the Obama administration after the Gulf of Mexico oil spill. 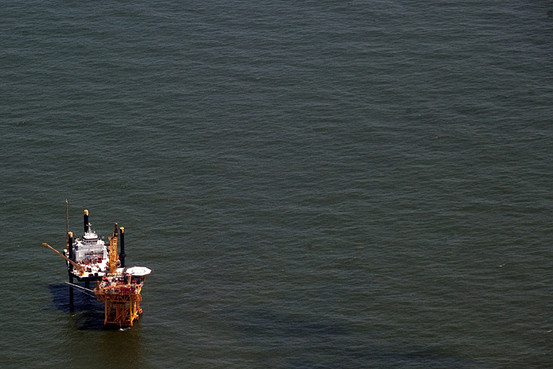 Several companies that ferry people and supplies and provide other services to offshore drilling rigs had asked U.S. District Judge Martin Feldman in New Orleans to overturn the moratorium.
President Barack Obama’s administration has halted the approval of any new permits for deepwater drilling and suspended drilling at 33 exploratory wells in the Gulf.
Judge Feldman said in his ruling that the Interior Department failed to provide adequate reasoning for the moratorium. He said it seemed to assume that because one rig failed, all companies and rigs doing deepwater drilling posed an imminent danger.
“An invalid agency decision to suspend drilling of wells in depths of over 500 feet simply cannot justify the immeasurable effect on the plaintiffs, the local economy, the Gulf region, and the critical present-day aspect of the availability of domestic energy in this country,” Judge Feldman wrote.
White House Press Secretary Robert Gibbs said Mr. Obama believed strongly that drilling at such depths did not make any sense and put the safety of workers “at a danger that the president does not believe we can afford.”
The moratorium was imposed after the April 20 explosion on the Deepwater Horizon drilling rig that killed 11 workers and blew out the well that has spewed millions of gallons of oil into the Gulf. It was announced May 6 and extended May 28.
The Interior Department said it imposed the moratorium so it could study the risks of deepwater drilling. But the lawsuit filed in early June by Hornbeck Offshore LLC, a small oil-services company based in Covington, La., charged that the move was “arbitrary” and “capricious” and there was no proof the other operations posed a threat.

The suit was joined by a host of other small providers of services to the offshore oil industry, and counted the support of Louisiana Gov. Bobby Jindal, underscoring the growing rebellion against the moratorium in the Gulf Coast, a region where oil and gas drilling plays a significant economic role. On Friday, giant drilling contractor Diamond Offshore Inc. filed a similar lawsuit in Houston.
In a filing with the court, the Department of Interior said that it instituted the moratorium with a view “for the long-term future,” to reduce the likelihood of another disaster. “The public’s interest weighs heavily in favor of making sure that a tragedy like this does not occur again,” the filing said.
Environmental groups—such as the Sierra Club, the Natural Resources Defense Council and the Center For Biological Diversity—filed briefs backing the moratorium.
Oil has been leaking into the Gulf of Mexico since the explosion and sinking of the Deepwater Horizon rig in late April. As the oil slick has grown, the owner of the well, BP PLC, has faced withering criticism and deepwater drilling has come under scrutiny.
The announcement of the moratorium last month sparked big losses for the share prices of companies involved in deepwater drilling, particularly in the Gulf of Mexico. Since then, uncertainty has swirled about the possibility of tighter regulations.
—Angel Gonzalez contributed to this article.—Copyright 2010 Associated Press