By JASON DEAN And TING-I TSAI

TAIPEI—Hon Hai Precision Industry Co. said Wednesday it would increase wages for its workers in China by 30%, more than it had originally planned, in the latest sign of pressure on companies to improve conditions for employees in the country’s vast manufacturing sector. 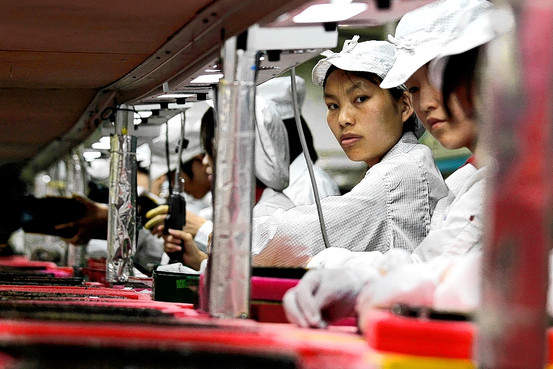 Hon Hai, the world’s largest contract manufacturer of electronics and a major supplier to Apple Inc. and other brands, had announced plans Friday to raise wages in China by an average of 20%.
Hon Hai has come under international scrutiny amid a spate of suicides this year, in which 10 Hon Hai workers in the southern city of Shenzhen jumped to their deaths. Hon Hai officials insisted the wage increase wasn’t related to the suicides, but rather a long-discussed measure to address labor shortages.
Hon Hai spokesman Edmund Ding said the decision to raise wages by 30% was based on further internal discussion. “Everybody thought it is not a bad idea, and it is workable,” he said.
Meanwhile, Hon Hai confirmed another employee death in Shenzhen. A labor-rights group said the worker, who died Friday in his home, suffered from exhaustion, but Hon Hai said it reviewed the case and “found nothing to support any allegation that it was work-related.”
China’s government has been requiring increases in the minimum wage, in part to address growing public concern over a widening wealth gap. Guangdong, the southern province where Shenzhen sits, is in the process of raising minimum wages by 20% or more for all its cities. And with economic conditions improving in China’s rural hinterland, many of the migrant workers who populate big coastal factories have less incentive to seek work afar, adding to upward pressure on wages.
The minimum wage in the area of Shenzhen where Hon Hai operates increased by 20% before, in 2008 to 900 yuan, or about $132, from 750 yuan. 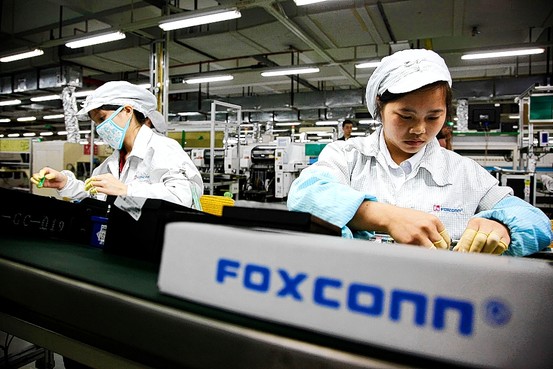 Hon Hai’s wage announcement came as a Honda Motor Co. component factory in southern China resumed normal operations Wednesday after the auto maker agreed to increase compensation by 24% to end a strike there. The strike had paralyzed Honda’s production in the world’s biggest car market.
Takayuki Fujii, a Beijing-based Honda spokesman, said the parts plant—which is also in Guangdong and produces roughly 80% of the transmissions for Honda’s China-made cars—isn’t producing at full speed yet, but parts are flowing again to Honda’s four Chinese vehicle assembly plants. Those plants will remain idled at least through Thursday, but Mr. Fujii said the company hopes to start car production soon.
Wage pressure is affecting other industries, too. A labor union in Shenyang has demanded that Yum Brands Inc. raise wages at its KFC outlets in the northeastern city, the state-run Xinhua news agency reported Wednesday. China is one of Yum’s largest markets. A union leader confirmed the Xinhua report, but wouldn’t elaborate. Yum, in an emailed statement, said it pays its employees in China more than the legal minimum wage, and wouldn’t comment on union negotiations.
Hon Hai’s problems have hung in the background of this week’s Computex technology trade show in Taipei. A few dozen protesters Tuesday carried signs and shouted slogans criticizing Hon Hai for its treatment of workers, and executives have been asked about the impact on their companies.
Ray Chen, chief executive of Compal Electronics Inc., the world’s largest contract manufacturer of notebook PCs, said he doesn’t expect wage increases to have a big impact on his company’s finances. Compal, which makes notebooks and other devices for brands like Hewlett-Packard Co. and Dell Inc., employs about 20,000 workers at plants in the eastern city of Kunshan.
Speaking on the sidelines of Computex Tuesday, Mr. Chen said Compal last year raised its minimum wage there to 960 yuan, or about $141, a month, in line with local requirements, and doesn’t plan further increases-although it is using more performance bonuses to retain workers.
Still, Mr. Chen said Compal is concerned that negative attention on Hon Hai over the suicides could tarnish the images of other foreign-owned manufacturers in China. “We hope that they can sort this out as quickly as possible,” he said.
Hon Hai has defended its treatment of workers, and announced measures to prevent further suicides, such as a counseling hotline. Apple and other customers, including H-P and Dell, have said they are investigating the deaths.
On Tuesday, Apple Chief Executive Steve Jobs said the suicides were “very troubling to us” but also defended Hon Hai. “For a factory, it’s a pretty nice factory,” he said at The Wall Street Journal’s All Things Digital conference, referring to Hon Hai’s huge Shenzhen plant.
The 30% pay increase will affect workers across China at the company and its subsidiaries and affiliates. The companies, which Hon Hai refers to collectively as Foxconn Technology Group, employ more than 800,000 workers in China, about half in Shenzhen.
Jenny Lai, an analyst at CLSA Asia-Pacific Markets in Taipei, estimated that the wage increase could erode about 10% of Hon Hai’s operating profit. She said the change likely flowed from pressure from Apple and criticism that Hon Hai’s earlier-announced raise was simply to comply with government requirements.
Ms. Lai said labor costs account for about 2% to 3% of Hon Hai’s costs.
She said the impact on other companies could be higher—component manufacturers, for example, allot as much as 25% of total expenses to personnel costs.
—Bai Lin and Norihiko Shirouzu contributed to this article.
Write to Jason Dean at jason.dean@wsj.com