CAPE CANAVERAL, Fla.—Space shuttle Atlantis thundered away on its final voyage to orbit Friday, hoisting a full shipment of space station gear.
Atlantis sped through a perfectly clear afternoon sky, blazing a trail over the Atlantic before huge crowds eager to catch one of the few remaining shuttle launches. More than 40,000 guests—the biggest launch-day crowd in years—packed the Kennedy Space Center.
The shuttle’s destination is the International Space Station, which was soaring over the South Pacific at the time of liftoff. The shuttle should catch up with the orbiting complex and its six residents Sunday morning. 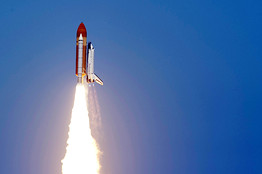 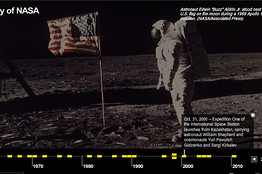 A piece of orbiting junk, however, was threatening to come too close to the space station. If necessary, Mission Control will order up a maneuver so the station can dodge the debris the night before Atlantis’ arrival. The docking will not be delayed, even if the station has to move out of the way of the unidentified piece, NASA officials said.
The 12-day mission is the last one for Atlantis, the fourth in NASA’s line of space shuttles. Only two flights remain after this one, by Discovery and Endeavour. NASA hopes to end the 30-year program by the end of this year.
Atlantis rocketed into orbit for the first time in 1985. This will be its 32nd trip and the 132nd shuttle flight overall.
The shuttle is loaded with fresh batteries and a Russian-built compartment for the space station. The 20-foot-long module is crammed with food, laptop computers and other U.S. supplies, part of the deal worked out between the two countries’ space agencies. There’s so much gear inside that the space station crew will wait until Atlantis leaves before unpacking everything.
Commander Kenneth Ham and his crew will install the compartment on the space station, and carry out three spacewalks to replace six old batteries and hook up an antenna and other spare parts.

“ I’d much rather have the shuttles than nothing at all, and this is simply the end result of our total abdication of leadership in near-Earth orbit and beyond. ”

President Barack Obama wants NASA to focus on getting astronauts to an asteroid by 2025 and into orbit around Mars by 2035. He canceled the previous administration’s Constellation program, considered a continuation of the 1960s Apollo moon program.
The space station, meanwhile, will keep operating until at least 2020. Under the Obama plan, NASA astronauts will keep hitching rides aboard Russian Soyuz rockets until U.S. private enterprise can develop spacecraft to safely get humans into orbit.
As for Atlantis, it will be prepped for a possible rescue mission for the very last shuttle flight, once it returns from the space station. Its ultimate destination will be a museum somewhere in America. The resting spot has yet to be chosen.