JOLIET, Ill.—This former “City of Steel” wants to reinvent itself as a hub for green jobs. It’s got a long way to go.
At Joliet Junior College, $190,000 in shrink-wrapped wind-turbine equipment recently arrived to teach students the mechanics of servicing the devices—but there are still relatively few jobs for those who get trained. Down the street at Atlantic Plant Services Co., which helps manufacturers save money by insulating pipes and other equipment, managers think they could create hundreds of new jobs, but only if the government offers tax breaks for insulation installed by businesses as it does now for homeowners. 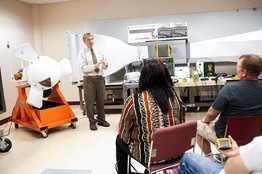 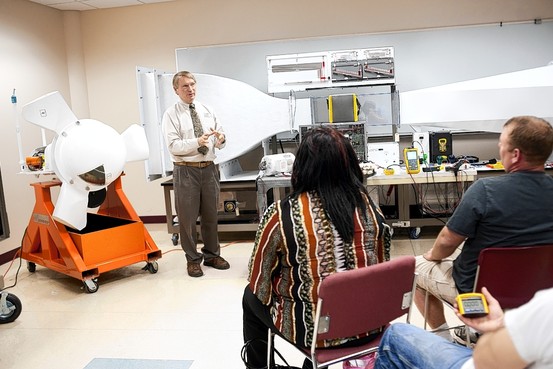 Joliet is discovering what cities across the U.S. have found: Declaring that a city is going to replace yesterday’s lost jobs with new green ones is a lot easier than actually doing so. Cities from Tulsa to Honolulu proclaim themselves destined to become leaders in green jobs, a broad classification for work tied to renewable energy and energy efficiency that includes insulators and solar-panel installers.
Joliet’s freshman Democratic Rep. Debbie Halvorson campaigned on the pledge that she would make her district the “Green Jobs Capital of the World.”
“This is the next generation of jobs in our country,” said Ms. Halvorson, who estimated her district could create more than 50,000 clean-energy positions in coming years.

The mayor of Philadelphia has said his city was also destined to be a green Mecca. In New York, Democratic Rep. Steve Israel of Long Island declared his “mission to make New York the green-jobs capital of America.” Public officials in Los Angeles, San Jose, Calif., and Northern Virginia also said their communities could be green-job hubs.
President Barack Obama wants to create five million green jobs in the next decade, and earmarked a chunk of the $787 billion stimulus package to that end. The funds are just starting to flow. In January the administration unveiled $100 million in job-training grants to help struggling steelworkers in Minnesota, dislocated factory workers in Oregon and others make the transition into careers in renewable energy.
U.S. companies are starting to create new jobs—from factories making batteries for electric cars to solar-panel manufacturers ramping up output—but so far they haven’t produced a big green job machine.
AnnaLee Saxenian, a professor at the University of California, Berkeley, who studies regional technology clusters, says the nationwide push could produce plenty of service jobs and some manufacturing jobs, but it’s unlikely to replace the millions lost in autos and steel and semiconductors to overseas producers. “People are jumping on a bandwagon,” she says. “Washington needs something to sell. It can’t be a panacea for everyone.” 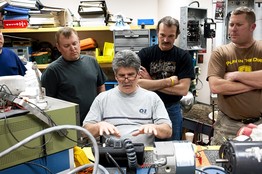 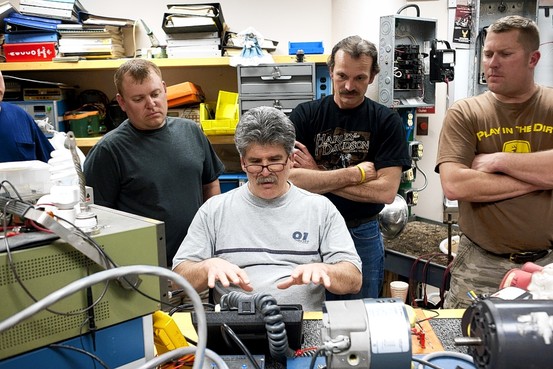 Hawaii has “gone down this path a number of times,” says Jeffrey Mikulina, executive director of the Blue Planet Foundation, a Honolulu nonprofit working with the state on its clean-energy goals. “We wanted to be the Silicon Valley of the Pacific,” something that never happened. But green jobs, he says, are “very real.”
Joliet, a city of 200,000 about 40 miles southwest of Chicago, does have some advantages. Once dominated by heavy industry, the region is dotted with major energy facilities—including refineries, coal plants and nuclear facilities—that have given its workers expertise in traditional parts of the energy sector. And there is plenty of available skilled labor: The region’s unemployment rate sits above 11%, higher than the national average.
“A lot of people have a strong interest [in green jobs],” said Joe Giunta, an administrator at Joliet Junior College. “But the career openings are lagging behind the interest at the moment. It’s still pretty new.” The college recently opened a greenhouse that it uses to teach sustainable energy practices and plans to build an outdoor wind tower next year to use as a teaching tool. The college also has a new program to teach students weatherization techniques.
Some green industry has already taken root. The Cayuga Ridge wind farm, outside the city, has 150 wind towers. Glenn Clarke, president of Renew Mechanical Inc., which installs small wind turbines in the area, said he has been approached by three local colleges to teach students about maintaining wind facilities, even though there were few such jobs right now. “I’m not sure that the demand is there yet,” he said. “Hopefully a year or two from now that will change. I hope it’s not a fad. I believe it’s not.”
Meanwhile, at Atlantic Plant Services, the insulation company, executives estimate a tax break for businesses that install insulation, as Congress is considering, could double the staff of 200 insulators who work from Joliet. Dave Dybas, the firm’s senior vice president, says Joliet’s skilled union work force and existing energy infrastructure make the area well suited to become a leader in renewable energy and energy-efficiency work. “The capabilities are here,” he says. “The land is here. The facilities are here.”
Plenty of people in Joliet recall the anticipation for other new industries that took years to develop. Tom Proffitt, an electrician for 37 years, remembers the excitement in the 1980s about laying fiber-optic cables for the expected advancements in information technology. He said many local companies didn’t want to invest in equipment, fearing the industry would never become such a major force. “It took a few years” before the work materialized, he said.
Now Mr. Proffitt, the training director for a local electrical union, takes a trailer around to career fairs to show off solar equipment to high school students. His union just ordered new solar panels, at $700 apiece, to give apprentices a new set of skills for work they expect to come. “Solar was hyped and hyped,” he said. “Now it’s creeping in there.”