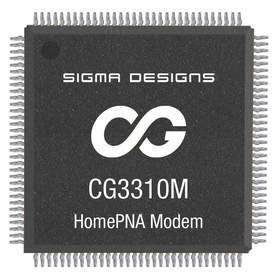 ST. PETERSBURG, Fla. (AP) — A frigid Florida winter is taking its toll on your sandwich. The Sunshine State is the main U.S. source for fresh winter tomatoes, and its growers lost some 70 percent of their crop during January’s prolonged cold snap.
Wholesale prices are up nearly five times over last year. That means you can say goodbye to the beefsteaks on that burger and prepare to pay more than usual for the succulent wedges in your salad.
At Costello Sandwich and Sides in Chicago, which uses 10 to 15 cases of tomatoes a week and is now paying $25 a case instead of $15, customers can expect to get a bit less tomato on their sandwiches. The shop hasn’t raised prices or stopped serving tomatoes altogether, but manager Matthew Villareal says he can see the tomatoes are soft when the prep cooks are cutting them.
“The tomato prices definitely have gone up and the quality isn’t so great either,” he said. “We just kind of eat the cost.”
An unusually cold January in Florida destroyed entire fields of tomatoes — along with some green beans, sweet corn and squash. The cold scarred the tomatoes, damaged their vines, and forced many farmers to delay their harvest.
The average wholesale price for a 25-pound box of tomatoes is now $30, up from $6.50 a year ago. Florida’s growers would normally ship about 25 million pounds of tomatoes a week; right now, they’re shipping less than a quarter of that, according to Reggie Brown of the Florida Tomato Grower’s Exchange, a tomato farmer cooperative in Maitland.
Some parts of Florida saw average temperatures so low that this January and February were among the 10 coldest on record, according to the National Weather Service.
“Anecdotally, from talking to some real long timers, as well as people who watch the weather, this has been the most extended cold in maybe 60 years,” said Terry McElroy, spokesman for the Florida Department of Agriculture.
Industry estimates suggest that about two-thirds of the tomato crop in the major southwestern production region was destroyed, according to a Feb. 25 United States Department of Agriculture report.
There’s more bad news, Brown said: Because of the continued cold weather — 38-degree temperatures were predicted Friday in some central Florida growing areas — the current crop of fruit isn’t as far along as everyone had hoped.
“We thought they’d recover by early April, but now it’s mid- April,” he said.
And because high demand has driven up domestic prices, many wholesalers are buying from Mexico instead.
“We’re obviously losing market share to Mexico, and there’s always a price to pay to get the customer to get back into the Florida market,” Brown said.
Florida is the only place where tomatoes are grown on a large scale in the U.S. during winter. California doesn’t grow them until later in the year, and much of that state’s crop is used for processed foods, such as ketchup, sauce and juice. Other states grow tomatoes in greenhouses year- round, but Florida’s winter tomato crop is by far the largest.
At Subway restaurants, the timing of this year’s shortage was fortuitous: It hit right when the sandwich chain switches its tomato purchases from Florida to other regions.
While they so far haven’t been impacted, managers are ordering different varieties of tomatoes to keep supplies steady, a spokesman said Thursday.
McDonald’s Corp., CKE Restaurants Inc., (which owns Hardees, Carl Jr.) and Darden Restaurants (the nation’s biggest casual dining chain, which owns Olive Garden, Red Lobster, Longhorn Steakhouse; Capital Grille; Seasons 52) said it’s business as usual and no shortages are being reported.
Some Wendy’s restaurants posted signs saying tomatoes would only be provided upon request because of limited availability.
But smaller restaurants are feeling the pinch. In Chicago, where a hot dog isn’t a hot dog without chopped tomatoes, you might end up with just a bit less on the bun.
“We’re a little more careful with our tomatoes,” admitted Bill Murphy, owner of Murphy’s Red Hots, which uses 75 to 100 pounds of the fruit a week. “You still owe it to your customers to get them out there and get them on the dogs. You try to get an extra piece out of every tomato if you can. You don’t toss them around like they’re pennies, you toss them around like they’re quarters.”
Associated Press writers Caryn Rousseau and Ashley Heher in Chicago contributed to this report.