Read an excerpt from THE WALL STREET JOURNAL COMPLETE SMALL BUSINESS GUIDEBOOK (Three Rivers Press).
The economic downturn has dimmed many entrepreneurs’ hopes of opening a small business, as sources of funding have dwindled or dried up completely. And while many hope 2010 will be better, the outlook continues to be bleak.
The majority of entrepreneurs use personal savings or contributions from family or friends to fund their ventures, but personal wealth, often connected to the value of stock portfolios or homes, hasn’t bounced back. 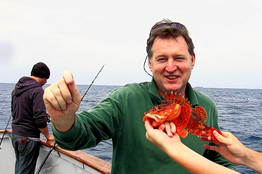 Meanwhile, banks—under scrutiny by regulators—are continuing to strengthen capital reserves, making it difficult even for entrepreneurs with track records and years of experience to qualify for loans. And professional investors, stung by the financial meltdown, are meting out fewer capital infusions.
Kenneth MacKinnon moved to Los Angeles over two years ago with plans to start a tapas wine bar, but despite a high credit rating and collateral, including a home, the Scotland native says he has been unable to secure the $300,000 he needs from banks or private investors.
“The money supply has been shut off,” says Mr. MacKinnon, who had run a successful seafood eatery for 15 years in the U.K. that he sold in 2007 before moving to the U.S.
Funding from angel investors, or high-net-worth individuals who provide capital to young companies, fell 30% to $9.1 billion in the first half of 2009 compared with the same period a year earlier. That figure is expected to remain flat for 2010, according to Jeffrey Sohl, director of University of New Hampshire’s Center for Venture Research, which tracks the data.

What is encouraging, Mr. Sohl says, is the number of deals has ticked up slightly. While angels are investing less—$370,000 per deal in 2009, versus $530,000 in 2008—about 24,500 ventures received funding during the first half of 2009, compared with 23,100 the year earlier.
“They are still doing the deals, but the deals are much cheaper now,” he says.
Venture capitalists, too, are continuing to invest, but typically in later-stage companies already in their portfolios rather than new prospects, says Mr. Sohl. The average deal size declined to $5.7 million in the first half of 2009, compared with $7.4 million to $7.8 million between 2005 and 2008.
As for Small Business Administration-guaranteed loans or conventional bank loans, the best thing about 2010 is that it won’t be 2009, says Bob Coleman, publisher of “The Coleman Report,” a La Canada, Calif., trade publication for SBA lenders. “We’re better off than where we were 12 months ago, but we are nowhere near where we were two years ago,” he says.
The SBA approved less than 45,000 loans for the 12 months ended Sept. 30, down 36% from a year earlier. Total volume for its flagship 7(a) loan was $9.3 billion, off year-ago levels by $3.4 billion.
Stimulus-related measures, however, contributed to an uptick in SBA lending in recent months. Mr. Coleman expects that trend to continue for 2010.
But SBA loans make up only about 1% of overall small-business lending, Mr. Coleman estimates. That figure may grow to 5% to 10% in 2010 as the government provides more incentives for financial institutions, especially community banks, to provide financing to small businesses, he says.
Still, getting the money may be a challenge. “Whether it’s an SBA loan or a conventional loan, you really have to be perceived as the ‘cream,'” Mr. Coleman says. Start-up entrepreneurs in particular will have to show they have a significant amount of their own savings in the venture, plus solid cash-flow projections, he says.

Maria Coyne, executive vice president and head of SBA lending at KeyBank in Clevand, agrees that start-up entrepreneurs will have to have a solid plan and assets. “They’ve got to get a good hunk of skin in the game, too,” she says.
Babson College in Wellesley, Mass., estimates that entrepreneurs need on average $65,000 to start a business, two-thirds of which comes from personal savings and the rest from “informal” investors such as relatives and friends.
Although the stock market is starting to recover, housing values remain weak. Two years ago, relatives were more willing to invest because “they might have seen they had a couple hundred thousand dollars in equity in their house,” says Babson entrepreneurship professor Andrew Zacharakis. “Today, that’s a scarier proposition.”
Lack of access to capital will also likely hamper entrepreneurs interested in buying a franchise, says Matt Shay, president of the International Franchise Association in Washington. The group estimates 2% growth in franchises for 2010 to over 901,000 establishments. That’s better than zero growth in 2009, but off the average 5.6% growth per year from 2001 to 2005.
In the past, potential franchisees could finance a purchase if they could put 15% to 20% down. Now, banks require large down payments of between 40% and 50%, Mr. Shay says.
Babson’s Prof. Zacharakis says he’s seeing companies doing more with less, including asking friends and family to work for free. “Instead of capital infusions, there might be a lot more exchanges of services or trading favors,” he says.
In Los Angeles, Mr. MacKinnon says he’s considering taking on partners so he can open his long-planned bar. Instead of starting from scratch, he might invest in a failed restaurant.
University of New Hampshire’s Mr. Sohl says he believes “we’re done with the downdraft,” though he remains cautious for 2010. “People aren’t ready to bet the farm,” he says.
Write to Colleen DeBaise at colleen.debaise@wsj.com