At least two home insurers in Florida have begun dropping policyholders who filed claims for property damage linked to drywall imported from China.
Disputes with insurance companies are increasing as a growing number of homeowners file claims for property damage they say is caused by defective Chinese drywall. Insurers are fighting the claims and in some instances using the information in them to drop the policies. 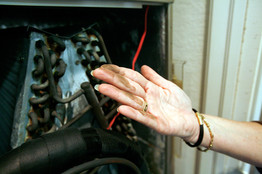 The Chinese drywall, also known as gypsum or wallboard, is under investigation by federal and state agencies, including the Consumer Product Safety Commission, for emitting sulfide fumes suspected of causing corrosion of electrical wires and plumbing.
Many affected families also have reported health symptoms, including skin irritation and respiratory difficulties, to the CPSC and state health agencies. As many as 100,000 houses across the country, most built in 2006 and 2007, may be affected based on estimates of the amount of drywall imported into the U.S. during the period.
Citizens Property Insurance Corp., a state-created, nonprofit corporation in Tallahassee that is the largest home insurer in Florida, confirmed that it has notified some policyholders who recently had filed claims for damage linked to Chinese drywall that their policies won’t be renewed if the damage isn’t repaired within six months of the date of notice. Citizens also holds the position that the claims aren’t covered.
Citizens spokesman John Kuczwanski said the insurer hasn’t paid any damage claims for Chinese drywall, citing policy exclusions for pollution and builder defects. He said it is standard procedure to require homeowners to repair conditions that could lead to further property damages and additional claims. “Corrosion leads to a likely future claim for a covered peril such as fire or a water leak,” which the insurer would be responsible for covering, he said.
Replacing drywall and corroded components in a house of average size costs $80,000 to $100,000, according to builders’ estimates.
Universal North America, a unit of Universal Group Inc. in Puerto Rico, sent a notice of cancellation, which is more serious than a nonrenewal, to at least one policyholder in Hallandale Beach, Fla., who asked not to be identified. The letter, dated Sept. 24, 2009, states that the reason for the action is an “unacceptable condition — the dwelling was built with Chinese drywall, which has been shown to have adverse long-term effects on the plumbing and other dwelling components.”
The Universal homeowner policy was effective July 20, 2009, and had been scheduled to continue until July 20, 2010. But the notice states that the cancellation is effective Oct. 19 at 12:01 a.m. Universal has about 105,000 home-insurance policies in the state, according to the Florida Office of Insurance Regulation.
Universal, the 12th largest insurer in Florida, didn’t return repeated calls seeking comment.
In August, one major manufacturer of Chinese drywall, Knauf Plasterboard Tianjin Co., said its tests indicate that its drywall isn’t harmful. Carbon disulfide and carbonyl sulfide are being emitted by some of its drywall, but not at levels that would damage health, said Phillip T. Goad, principal toxicologist and partner at the Center for Toxicology and Environmental Health in North Little Rock, Ark. The center is a private company hired by Knauf Tianjin that consults for corporations and government agencies.
In July, Lennar Corp. said it had identified 400 houses in Florida with confirmed problems with defective Chinese drywall and set aside $39.8 million to repair the homes. Several other large home builders also have set aside funds to repair homes with imported drywall from China from a number of manufacturers.
An attorney for both the Citizens and Universal policyholders, David Durkee of Coral Gables, Fla., said that “if you go ahead and disclose and do the honest thing you are subject to possible cancellation or nonrenewal. It is truly a cruel predicament.”
Write to M.P. McQueen at mp.mcqueen@wsj.com