By AMY SCHATZ and MIGUEL BUSTILLO
WASHINGTON — The government wants to make it a little harder for bloggers to shill products online for fun and profit.
New guidelines released by the Federal Trade Commission say bloggers must disclose any money or freebies they receive in exchange for writing product reviews, a fast-growing and loosely regulated way for companies to market everything from diapers to movies. The move is an effort to apply the same rules that already cover broadcast stations, newspapers and magazines to the Wild West marketplace of the World Wide Web.
Separately, the FTC also updated its guidelines for celebrity endorsements, saying that celebrities must “disclose their relationships with advertisers when making endorsements outside the context of traditional ads, such as on talk shows or in social media.”

The FTC announces it will require bloggers to disclose any gifts or payments they receive from companies for reviewing their products. All Things Digital’s Peter Kafka and Dow Jones Newswires’ Neal Lipschutz tells The News Hub what that means for the blogosphere.

It also eliminated one loophole used in many diet and fitness ads, which allowed marketers to tout massive weight loss by some subjects as long as they included the disclaimer that the “results not typical.” In the future, the FTC said, those testimonial ads will also have to include some information about what the typical weight loss might be.
The question of how and whether bloggers should divulge their relationships with companies has been hotly debated in recent months. It is a particularly controversial issue online, where the traditional division between editorial and advertising found in newspapers and magazines is harder to maintain.
As blogging has grown, more users are opining on topics ranging from their jobs to their dinner on social-networking and other Web sites. Big companies are increasingly using these forums to build buzz, sending bloggers products to review or even helping them host parties to encourage others to try their wares.
The new FTC guidelines represent the latest in a series of efforts by the government to respond to the needs of consumers who increasingly spend time online. Congress is mulling new legislation to regulate targeted advertising online. Meanwhile, the Federal Communications Commission is looking at how to adapt its children’s TV rules to cover online videos. 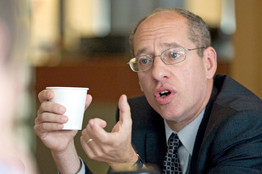 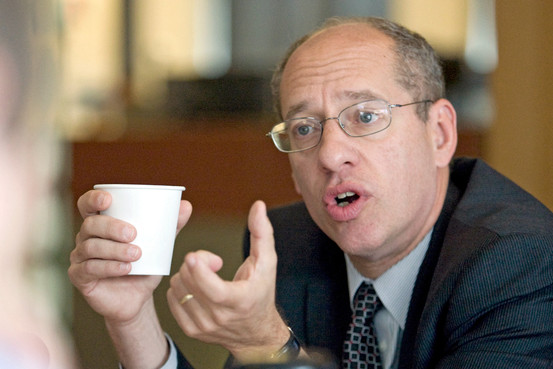 “We look at it from the perspective of the consumer and the principle being that a consumer has the right to know when they’re being pitched a product,” said Richard Cleland, assistant director of FTC’s advertising practices division. “It doesn’t matter whether it’s an email or Twitter or someone standing on a street corner.”
Some First Amendment advocates worry that the guidelines could represent a restriction of free speech. They point out that, while the FTC has long regulated advertising claims in traditional media, the agency generally has allowed publications to police themselves when it comes to editorial content. For instance, newspapers generally prohibit reporters from accepting gifts from a company they write about to protect their credibility with readers.
It is “good journalism” to fully disclose your potential influences, “but that is not the government’s business to regulate,” said Gregg Leslie, the legal defense director for the nonprofit Reporters Committee for Freedom of the Press. “It is a matter of ethics, not a matter of law.”
The agency, which last updated its endorsement guidelines nearly 30 years ago, said it doesn’t seek to regulate all online reviews or discussion of products — only bloggers acting on behalf of advertisers or agents. The guidelines are supposed to offer advertisers clarity about what they must disclose to consumers.
The new guidelines are a response to complaints about bloggers writing positive reviews of freebies they have received from corporations, including Wal-Mart Stores Inc., Ford Motor Co. and Microsoft Corp., which came under scrutiny a few years ago for giving away free laptops to potential reviewers.
Bloggers and others who are paid or give freebies to promote products online will be required to offer some sort of written disclosure for readers, the FTC said, or face possible fines of as much as $11,000 per violation.
The guidelines reaffirm that making false and misleading claims about products in print, broadcast or on the Internet violate federal laws. They also clarify that advertisers and publishers can be held liable if a sponsored blogger makes false or misleading statements about a product.

The FTC’s decision is likely to be a boon for companies that sell Internet advertising and the agencies that advise them, giving them a shot at money that was previously going directly to bloggers.
Sarah Hofstetter, senior vice president of emerging media for 360i, a digital-advertising agency, praised the decision for restoring “common sense to a nascent form of marketing.”
Ted Murphy, founder of IZEA Inc., a business that connects bloggers and corporations for the purpose of paid “sponsored posts”, said the guidelines could have the most impact on public-relations firms and companies who giving bloggers free merchandise.
“This is surely pretty scary for some brands or PR agencies, but I think it is actually going to be a good thing for the industry,” said Mr. Murphy, whose clients have included Sears Holdings Corp. “Disclosure and transparency are key to making this social media space sustainable.”
The FTC regulations target such bloggers as Christine Young of California, who parlayed a personal Web site detailing her experiences home-schooling her six children into a significant commercial enterprise. She is one of the Elevenmoms, a cadre of bloggers organized by Wal-Mart Stores Inc., which receives free merchandise from the retailer’s suppliers, and has been flown to special events by Frito Lay, Johnson & Johnson and other companies.
Ms. Young said she has toughened her standards and discloses the relationship when she writes about the items.
“The brands and companies directly working with bloggers need to be held accountable,” she said. “While some companies may choose not to work with us now, I would much rather work with companies that wanted us to be open in the first place.”
The new guidelines “can only assist bloggers” in convincing readers they are trustworthy, said Tricia Haas, the 31-year-old owner of blog site Momdot.com. She said she always discloses receipt of free products from companies, adding that freebies don’t affect her reviews. Ms. Haas noted that she posted a negative review Monday for a cake-making machine a company had sent her.

Ed Morrissey, a conservative blogger, questioned how far the FTC’s rules would extend. “If I get a free tube of toothpaste in the mail and say nice things about it on Twitter, Facebook, or in a PTA meeting, do I have to disclose it as a freebie or pay the $11,000 fine the FTC imposes?” he wrote. “What kind of disclosure can one fit into a 140-character Twitter message, anyway?”
Enforcing the guidelines could be difficult, because the agency has limited authority and staff. With a broad mission to protect consumers from deceptive trade and anti-competitive business practices, the FTC investigations generally originate with consumer complaints.
—Jessica E. Vascellaro, Geoffrey A. Fowler and Nomaan Merchant contributed to this article.
Write to Amy Schatz at Amy.Schatz@wsj.com and Miguel Bustillo at miguel.bustillo@wsj.com